Tonight I popped a handful of hyperbole pills and watched the Wild play one of the worst games I've ever seen them play (that part was not hyperbolic). The good news is we play one more good team and a bunch of shitty teams for the rest of the season. And we continue to receive help in the standings. All is not lost yet. Except for this game. Which was WAY lost.

The results of the hyperbolic play-by-play would make an angsty teenage girl blush:

Sharks are the best fish. Dolphins are lucky they are mammals.

Jason Zucker is the best rookie in the league not named Chaz Coyle.

WTF is a "Playoff Ticket Strip?" I hope they aren't like chicken strips which, unless you're drunk or four years old, always sound like a good idea at the time but you always wish you'd gotten a burger. Our playoffs can't be like that: looking good going in but unsatisfying to the taste. Our playoffs have to be a burger.

I always see the electric yellow Bail Bonds doosh bags behind the Sharks bench (not hyperbole) and I always hate them (also not hyperbole).

Mikko Koivu plays like a narwhal which also has a menacing dorsal fin and one million teeth.

The only reason Pominville didn't score on his break away is because goals are only worth one point.

See? Time heals all wounds. Havlat and Koivu hated each other as team mates but the two of them hooked up like BFFs on Mikko's own goal.

Lapanta: "He's sandwiched between two Shark players." Rob Reiner to Spinal Tap: "The review you had on ‘Shark Sandwich’, which was merely a two word review… 'Shit sandwich.'"

The Wild have been the victim of more 3 on 2s than blondes on the internet.

The Sharks have more draws than MC Escher. 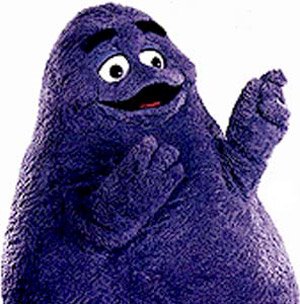 The HP Pavillion consistently breaks the record for most jersey fouls every season. "Oh hey! I'm going to a hockey game tonight? I know, right? Hockey? So cray cray. ... What am I going to wear? I'm just going to grab some hockey jersey from my Calgarian boyfriend's closet. ... Yes, he does pronounce it vah-JEEN-ah. I don't mind that as much as him referring to his 'sack-skatchewan.'"

Hey, San Jose. The 90s called. They said you can keep the "Hey Song" forever because go fuck yourself.

Oh grand. Stoner's angry. What usually follows is a stupid penalty, lots of listening to Rage Against the Machine, and empty declarations such as, "myan, I gotta make a difference and, like, be proactive about stuff, myan, like politics and junk. Like, What Would Zach dela Rocha Do, ya know, myan? He's start shopping at a co-op, I think."

So far more Wild players have set up Shark goals than Shark players.

The Wild have worse puck luck than Marc Stall's orbital bone. Too soon?

Raffi Torres is the second worst human being in the existence humans being around. No, not Hitler. Corey Perry.

More shit puck luck. At least no one planned on winning this game--obviously least of all the Wild.

I'm tripping on hyperbole pills, but Lapanta has OD'ed from free-basing understatement. It's 5-1, and he says the Wild have been "a little off." Captain Obvious has promoted directly to Four-Star General Obvious.

My cats have scratched prettier zen patterns in their litter box than this piece of shit by the Wild. 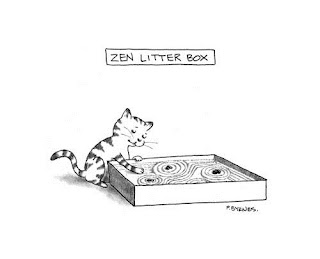 Cute: Brodziak thought he was a fighter. Even cuter: he thought Scott Gomez would fight him.

The difference between Shark fans and Wild fans: Shark fans go home early when their team is winning 6-1. Wild fans do not. (This is only accurate because the Wild do not win 6-1 games.)

This practice in hyperbole escalated quickly into drunken rage reporting. Let's get back on track, shall we? If I were the Wild's ex-wife and I were dropping our kids off at the Wild's shitty uptown apartment, as the kids run inside, excited for tonight's microwaved Pizza Rolls dinner and a rented PG-13 movie, I'd tell the Wild "you NEVER made me happy." I'd then drive off to an eHarmony date that I'd pray would be over in 45 minutes so that I could just go home to a bottle and a half of red wine, eps of True Blood, and my vibrator. (How's that for hyperbolic?)
Your Author: Mason at 1:58 AM

I couldn't believe I wrote that last one so easily. haha

cheers for such a brilliant site. Where else could someone get that kind of info written in such a perfect way? I have a presentation that I am presently working on, and I have been on the watch out for such information. buy ritalin online

You know, it's just a matter of time on the water, and you start picking up things. I mean, you learn tricks and techniques, and you learn how to use all the lures that are applied to different depths and types of cover.